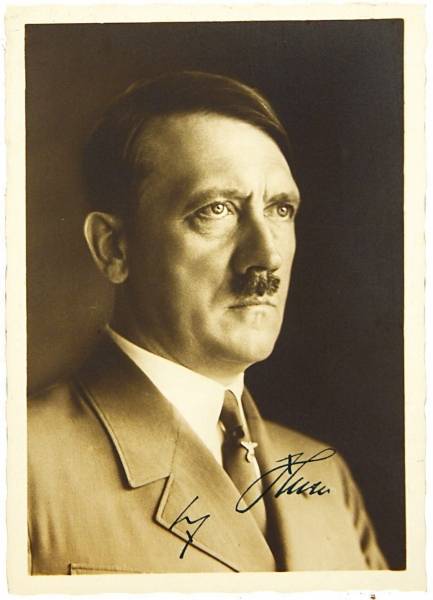 epa000457639 This signed portrait postcard of Adolf Hitler was sold along with a first edition of Mein Kampf at auction in London Wednesday 15th June 2005 by Bloomsbury Auctions. The book, signed by the Nazi leader in ink on the inside, was probably removed from one of his offices at the end of the 2nd World War. It sold for £23,800 (appropx. euros 35,700). In the book, written in 1923, he laid out his views on Aryan purity, world Jewry and international communism. EPA/HO/ MEIN KAMPF AUCTIONED